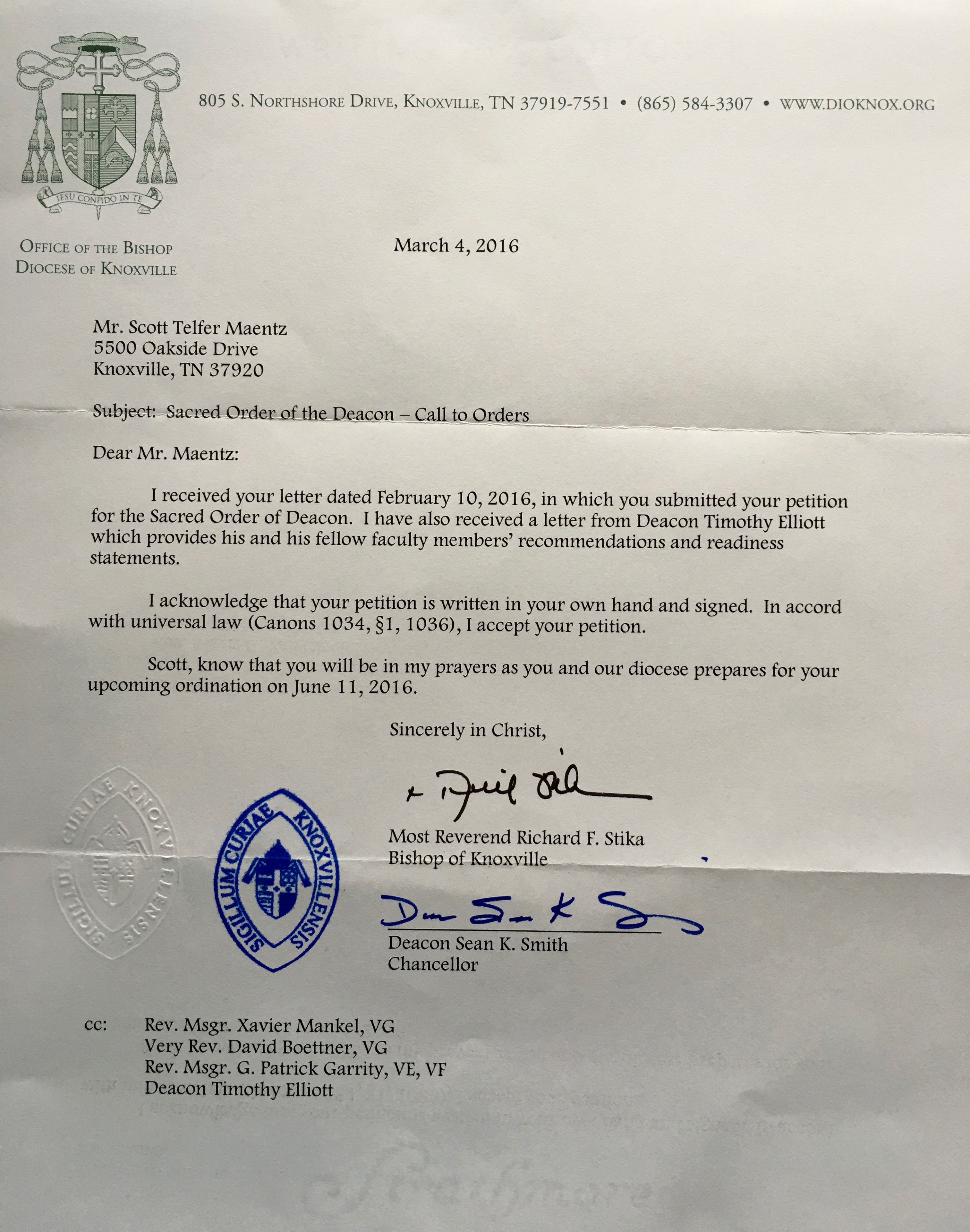 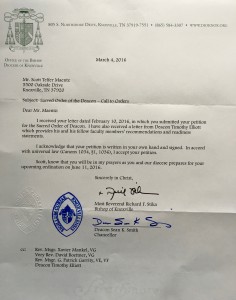 Sacred Order of the Deacon – Call to Orders

Nearly 5 years after receiving the letter of acceptance as an Aspirant to the Diaconate Formation Program of the Diocese of Knoxville, I received my Call to Orders letter from Bishop Stika today. Yes, it’s now official and I can announce that I have been accepted for the Sacred Order of Deacon. I am thankful, excited and humbled at this call to serve the Church.

A little story about how I jumped the gun in announcing this in early February. At that time I had received my printed invitations and I was so excited to get them that I took a photo of it and posted it on Facebook. Soon after posting, Bishop Stika made a comment asking if I had already received my call to orders? Oooops! I immediately deleted the post and apologized to him for my presumption. He was very kind about it, but reminded me that there is a formal process in place and that I had to respect that process.

With my receipt of today’s letter that process has been completed, with the exception of the actual ordination itself. The road to ordination is now clear and straight with regards to Canon Law. Here is the language of the Canons referenced in Bishop’s letter:

Can. 1034 §1 An aspirant to the diaconate or to the priesthood is not to be ordained unless he has first, through the liturgical rite of admission, secured enrolment as a candidate from the authority mentioned in cann. 1016 and 1019. He must previously have submitted a petition in his own hand and signed by him, which has been accepted in writing by the same authority.

Can. 1036 For a candidate to be promoted to the order of diaconate or priesthood, he must submit to the proper Bishop or to the competent major Superior a declaration written in his own hand and signed by him, in which he attests that he will spontaneously and freely receive the sacred order and will devote himself permanently to the ecclesiastical ministry, asking at the same time that he be admitted to receive the order. 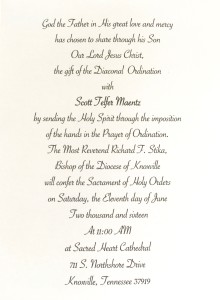 Now that my petition has been accepted and I have been called to ordination, I can publicly invite you to join myself and my brother candidates for this sacred event. I hope anyone reading this post will consider attending our ordination Mass on June 11, 2016 at 11:00 am at Sacred Heart Cathedral in Knoxville. Consider yourself invited!

Thanks be to God. 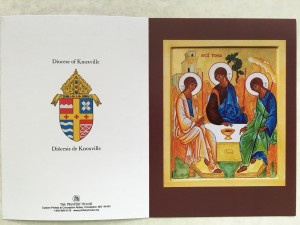