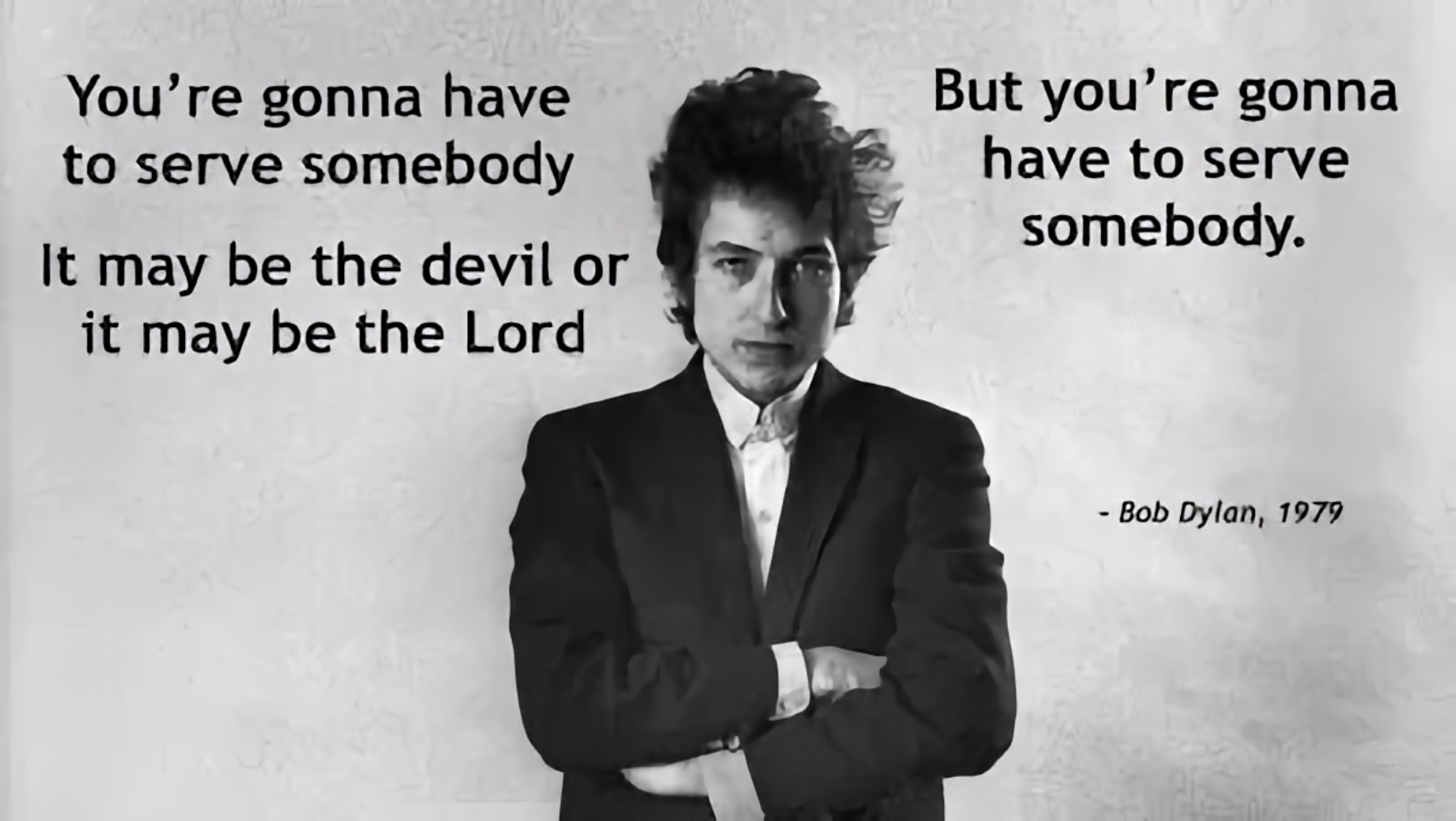 Do we have any Bob Dylan fans here today?

In 1978 Dylan converted to evangelical Christianity. Dylan believed he had experienced a vision of Christ in his Tucson hotel room while on tour. He’s quoted as saying “Jesus did appear to me as King of Kings, and Lord of Lords,” and he would later say. “There was a presence in the room that couldn’t have been anybody but Jesus.”

Following his dramatic conversion, Dylan released his 19th studio album in 1979 entitled “Slow Train Coming,” on which all of the songs spoke of his new-found Christian faith. The hit song from this album was called “Gotta Serve Somebody.”

Here are two of the verses from the song:

The lyrics of this song reflect the message of today’s gospel reading, that no matter who we are, no matter what our state in life, we must each make a decision as to who or what we will serve above all else. Who or what will take first place in our lives. Dylan gets it right with his message that giving primacy of place to anyone or anything other than God is essentially serving the devil.

When Jesus tells us that we must hate our father and mother, wife and children, brothers and sisters, and even his own life in order to be his disciple, he is not speaking literally. Rather, he is saying that HE must be our first love, above everything else in our lives. That we must be devoted to him without compromise and willing to bear whatever trials or opposition may come, for his sake and the sake of his Kingdom.

Detachment from worldly things, including family loyalties, is a demand of every disciple of Christ. We must choose to love God above all else; to love the Creator more than his creation. We must put God’s will and the pursuit of holiness above everything else.

So let us honestly ask ourselves, who or what are we serving in our lives? Where do our loyalties lie? Do we seek to serve God above all else, or do we only think of him when we’re in church? Each of us must choose who we will serve, who or what holds first place in our lives, even when this service is challenging, inconvenient or counter-cultural.