Voting as a Catholic 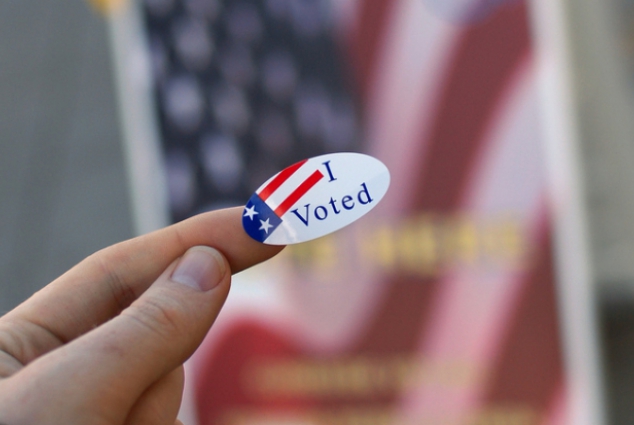 Like many of you, I have been very conflicted about voting in this election. Neither political candidate in this year’s presidential election could be mistaken for a model Catholic, yet we clearly have a civil duty to vote. We have witnessed disgraceful behavior from both parties’ candidates. Both have numerous flaws and neither one is a person most of us would choose to be the next president of this great country. However, one of them will be elected president next month.

So how should a Catholic vote in this election if neither candidate seems fit for office? Many would say the answer is that we must look at the platform of each party to see how it squares with Catholic teaching. What is each party’s position on the most weighty issues as such as abortion and religious freedom?

The U.S. Bishops’ teaching document and guide for Catholic voting, Forming Consciences for Faithful Citizenship states: “In making these decisions, it is essential for Catholics to be guided by a well-formed conscience that recognizes that all issues do not carry the same moral weight and that moral obligation to oppose intrinsically evil acts has a special claim on our consciences and our actions.”

The document goes on to say “Those who knowingly, willingly, and directly support public policies or legislation that undermine fundamental moral principles cooperate with evil.”

Allow me to clarify this by referring to a recent homily on voting by a priest in Arizona.1 He rightly said “So many issues are subject to the prudential judgment of Catholic voters. It means that Catholics CAN legitimately disagree, for example, on the best WAY to address issues such as racial injustice, education, the economy, immigration and healthcare and still remain in good standing in the Church.”

He continued by saying that “There are other issues, however, which touch on matters of intrinsic evil—actions that can never, at any time, under any circumstances be committed, promoted or even enabled by a faithful Catholic.”

This begs the question “Is there a matter of intrinsic evil that is in play in the election this year?” Is there an issue that we must hold up as the most important issue when determining how we should vote? I believe there is. It is the matter of the sacredness of life itself.

Looking past all of the drama of the personalities and faults of our two very flawed presidential candidates, I believe the most important result of this election are the persons who will be appointed by the next President to fill open seats on the Supreme Court. I believe this is where we need to set our sights as faithful Catholics.

During the next four years it is quite likely that three seats on the nation’s highest court will be filled by our next President. These Supreme Court justice appointments will have a much more significant impact on our nation for decades to come than the policies and rhetoric of either of today’s presidential candidates.

In spite of the importance of the office, if we elect a bad president, we can elect someone else in four years. Many of the claims of what the current candidates will do if elected will never be realized. We all know that a president’s plans and programs are limited by what he or she can get passed into law through the Congress.

Supreme Court justice appointments, on the other hand, are for a lifetime. If the next president appoints justices who will uphold Roe vs. Wade, the 1973 Supreme Court decision that legalized abortion on demand, then we have little chance of seeing this egregious decision overturned for at least another 50 years.

The democratic candidate told us during the recent presidential debate that if elected she would appoint justices who would uphold Roe vs. Wade.

Unlike the unjust judge in today’s gospel who neither feared God nor respected any human being, I believe it’s critical that God-fearing justices who respect both the sanctity of life for the unborn, and religious liberty for all, are appointed to the court during the next presidential term. If elected you can be certain that one of the candidates will not appoint such justices. I dread what this could mean for our country, for our children and our grandchildren over the coming decades.

Let me be perfectly clear. The Catholic Church and its teachings are under attack. In today’s first reading from Exodus, we hear a story of the persistence of Moses, who can be understood to represent our Bishops and priests who must tirelessly defend the Church from evil forces, forces who fight without ceasing to defeat her.

Moses was only able to keep his hands raised up with the help of Aaron and Hur, who represent the prayers of the faithful upholding their spiritual leaders. Our Bishops and priests need your prayers now in our raging spiritual battle against the culture of death to speak the truth at this critical time in American history. In addition to your prayers, the Church needs your vote to elect the candidate whose party will fight the forces of evil that are attacking it.

Pray, my friends, that God will grant us the wisdom and the fortitude to know how we should vote, considering carefully the candidates’ positions on those matters that carry the most moral weight, rather than those matters that might favor our own personal interests. As Catholics we have an obligation to oppose intrinsically evil acts.

Consider especially the moral convictions of the justices each candidate will likely appoint to the Supreme Court, justices who will have a dramatic impact on our nation for decades to come. This is much more important than arguing which candidate has more character flaws or basing our vote on which one we like the best.

My humble prayer is that each of us will vote with a clear conscience, well formed by the teachings of Mother Church. When we use the teachings of the Church to help us decide who to vote for, and how to live our lives, we can be sure that when the Son of Man returns he will find faith in our hearts.

1 Fr. John Lankeit is the Rector of The Cathedral of Saints Simon and Jude Cathedral in Phoenix, Arizona. Full text of his homily on the 27th Sunday in Ordinary Time, October 2, 2016. Video below: