Intercession of St. Agnes Against Abortion 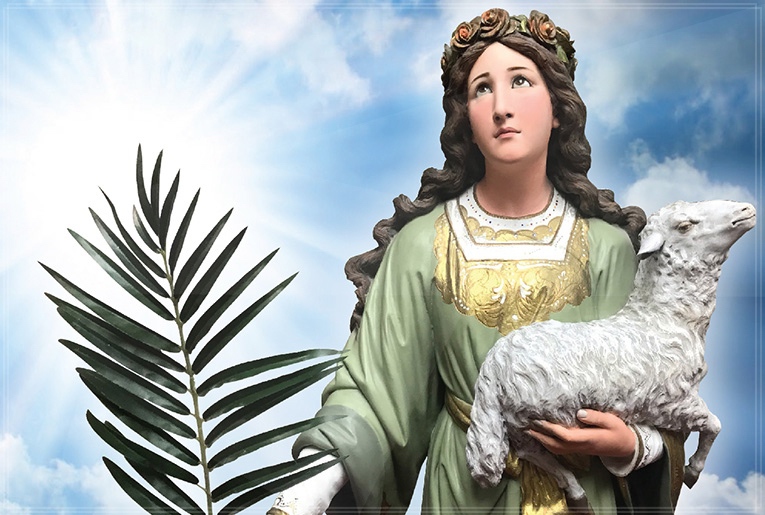 Today is the Feast of St. Agnes of Rome, who was born in 291 and died a martyr in 304, just 12 years old. Agnes was very beautiful and belonged to a wealthy family. Her hand in marriage was highly sought after, and she had many high ranking men chasing after her. However, Agnes made a promise to God never to stain her purity. Her love for the Lord was great and she hated sin even more than death!

Whenever a man wished to marry Agnes, she would always say, “Jesus Christ is my only Spouse.”

It is believed that the Governor’s son, became very angry when she refused him. He tried to win her for his wife with rich gifts and promises, but the beautiful young girl kept saying, “I am already promised to the Lord of the Universe. He is more splendid than the sun and the stars, and He has said He will never leave me!”

In great anger, he accused her of being a Christian and brought her to his father, the Governor. The Governor promised Agnes wonderful gifts if she would only deny God, but she refused. He tried to change her mind by sending her to a brothel, but men who attempted to violate her virginity were struck blind.

Agnes was condemned to death for her faith, but she was as happy as a bride on her wedding day. She did not pay attention to those who begged her to save herself and worship at a pagan altar. “I would offend my Spouse,” she said, “if I were to try to please you. He chose me first and He shall have me!” Then she prayed and bowed her head for the death-stroke of the sword.

She is also the patroness of Christian virtue that is confronted by political and social violence. As such, it seems to me that we should earnestly invoke her prayers for the Church in this time when our secular culture of death is so violently opposed to our Christian values, especially the preeminent moral value of the sanctity of life.

Tomorrow marks the 48th anniversary of the tragic Supreme Court decision legalizing abortion in the United States. Let us invoke the intercession of St. Agnes that this heinous law might one day be overturned. Let us not lose hope and remain faithful to the cause of protecting all life, even when we may be tempted to despair by the election of a President who promises to expand abortion rights.

May God bless all of us who labor to protect life. Let us never lose hope that one day the evil of abortion will be defeated.

As we are told in our first reading today, we have a High Priest who has taken His seat at the right hand of the throne of the Majesty in heaven. Because of Jesus, the eternal High Priest, deliverer from demons and victor over death, hope springs eternal.

Because of Jesus, the final word will not be death but life eternal, not abortion but adoption as God’s children, not sin but salvation. Remain hopeful and never cease praying that our culture of death will one day be overcome by a culture of life.