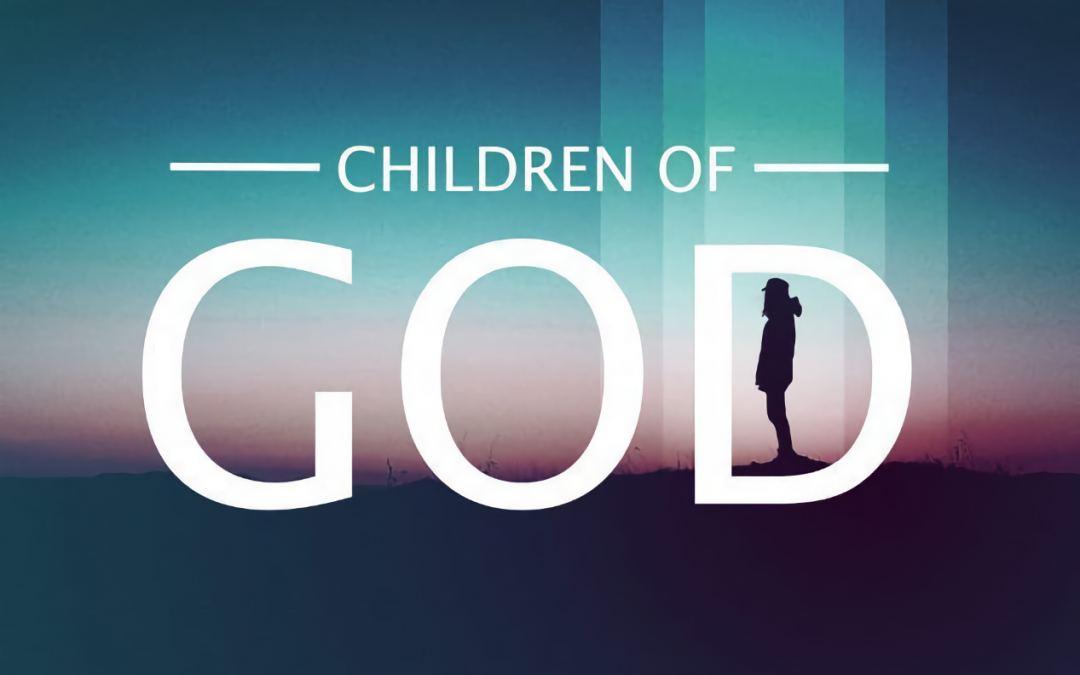 I believe an important lesson from today’s Gospel reading is that Jesus is always telling us, not just HOW we should behave, but WHO we are. He is communicating our true IDENTITY in today’s Gospel, and this identity is almost unimaginably high and momentous! What is this Christian identity and how does it relate to how we should view the things of this world?

Today’s Gospel finds Jesus teaching his disciples how they should handle money. We might expect that he would give them a sort of rational view of money. Don’t be greedy; don’t become a slave to the desire for things; be satisfied with a sufficient amount of this world’s goods; keep your eyes on more important matters than mere accumulation of wealth.

All of this is morally sound; but it is NOT exclusively Christian. Virtuous pagans and those of other religious traditions have known and taught that wealth is to be used, but not hoarded. A non-Christian spiritual, or “good”, person would generally believe that material wealth shouldn’t cloud the higher things of mind and spirit; he or she would believe that generosity is a sign of a good and magnanimous soul.

And Jesus doesn’t disagree with any of this, but he goes LIGHT YEARS beyond it. He opens the door to a destiny so great that all the wealth of the world appears as so much dust and ashes in comparison to it.

Look at the principle upon which he bases his teachings on money. It is as if he said to each of his disciples, and he’s saying to each of us: you are far too great, your destiny is far too high, for you to be obsessed with such a paltry and superficial thing as money. It’s beneath your dignity as a son or daughter of heaven to grovel after the passing trinkets and treasures of this darkened world. To do so would show that we do not understand WHO WE ARE, what awaits us, and the immensity of glory that we have been promised.

Jesus himself gave us a practical lesson in the proper approach to wealth by his own chosen condition. We often note that Jesus was from a poor family and born in a manger. This is true, but it is also true that HE WAS NOT DESTITUTE. There is no indication that he, and Mary and Joseph, lacked food or a roof over their heads while he was growing up.

And during his time of active ministry he and his disciples always found food and lodging, and they kept a common purse with which they bought what they needed. He travelled with women of means, who provided for his needs and those of his disciples. While all of his NEEDS were provided for, he possessed nothing luxurious, even though he was the King of the whole human race.

Jesus acted like a king in all ways, with the exception of a king’s material trappings. He spoke with majestic AUTHORITY, teaching and admonishing even the rulers of Israel, and receiving people into his presence with kingly courtesy and generosity. “What do you want me to do for you?” was a question often on his lips. This is a kingly question to  one who is pleading for royal generosity. Why then did Jesus not array himself more like a king? Why didn’t he look more like a king looked?

One reason is that to do so would have been to taint his high honor as the incarnate Word of God. Jesus knew very well WHO he was, and he knew that any mere worldly honor paid to him could not raise him higher, and in fact would only lower him. It was beneath his divine dignity as the WORD OF GOD to stoop to such a small thing as being distinguished by clothing, or a palace, or an honor guard of horse and chariot. He was far above anything in this world, so while he USED the things of the world to sustain his human life, he would take no honor from mere human notions of greatness.

With this in mind, here’s the answer to the question I proposed at the beginning of this homily about our true identity as Christians. Our true identity is rooted in our BAPTISM, when we were raised to a destiny that FAR EXCEEDS the confines of this passing world.

Jesus says that the one who is trustworthy in very small matters is also trustworthy in great ones. What are the very small matters he is talking about? All human possessions and positions: billionaire bank accounts, emperors and presidents of countries, international celebrity, all the glory of this world. These are such small matters in comparison to that which awaits us in the Kingdom of Heaven! To use the image of Isaiah, all of this, the greatest of it, is SO SMALL as not to weigh as much as dust on a scale (Isaiah 40:15).

What then are the great matters he is speaking of? He’s speaking of our coming destiny as SHARERS IN THE VERY DIVINITY OF GOD; our welcome into the eternal dwellings; our positions of responsibility in the coming kingdom when WE WILL REIGN WITH CHRIST, the Ruler of the Universe! These are the great matters of our true identity that must always have infinitely more value for us than the wealth, power and pleasures of this passing world!

During this time of our exile, we should do as Jesus did and use “dishonest wealth,” to maintain ourselves in life, to love and serve others, and to honor God. But let us never allow our hearts to be caught up in the desire for so SORRY AND INSIGNIFICANT a thing as this-worldly wealth and power. Let us not force the angels to blush and turn away from us because we are so unaware of our true identity that we have made ourselves unworthy to receive what is really ours. Let us embrace our true identity as sharers in Christ’s divinity and live accordingly.

Dear brothers and sisters in Christ, set your hearts on the treasures of heaven, rather than on the concerns of this world. What is coming is so far beyond anything we have seen, or can even imagine, here on earth. Let us live with hearts that are aflame for the coming kingdom of heaven, and not get mired down in the concerns, politics, and temporal goods of this world. Let us be good stewards of what we’ve been given, but not be slaves to these things.

Let us USE the world’s goods to live simple, holy lives. Let’s not get so attached to them that we lose sight of the amazing, unfathomable eternal life that awaits those who understand that our true identity is that we are CHILDREN OF GOD, loved into being by our Creator as his children and RESCUED on the cross by our Savior from the power of sin and death, to live forever as members of his body in eternal heavenly bliss.

Let the words of St. Paul to the Corinthians inspire and comfort us. I quote, “What no eye has seen, nor ear heard, nor the heart of man conceived, what God has prepared for those who love him” (1 Corinthians 2:9).

Let us draw strength today from Jesus, truly present in the Eucharist we are about to receive, so that we might live our lives as detached pilgrims simply traveling through this current worldly existence, doing what we can to make the world a better place but not taking our identity from it. Let our passion be for the things of heaven, not the things of the flesh.