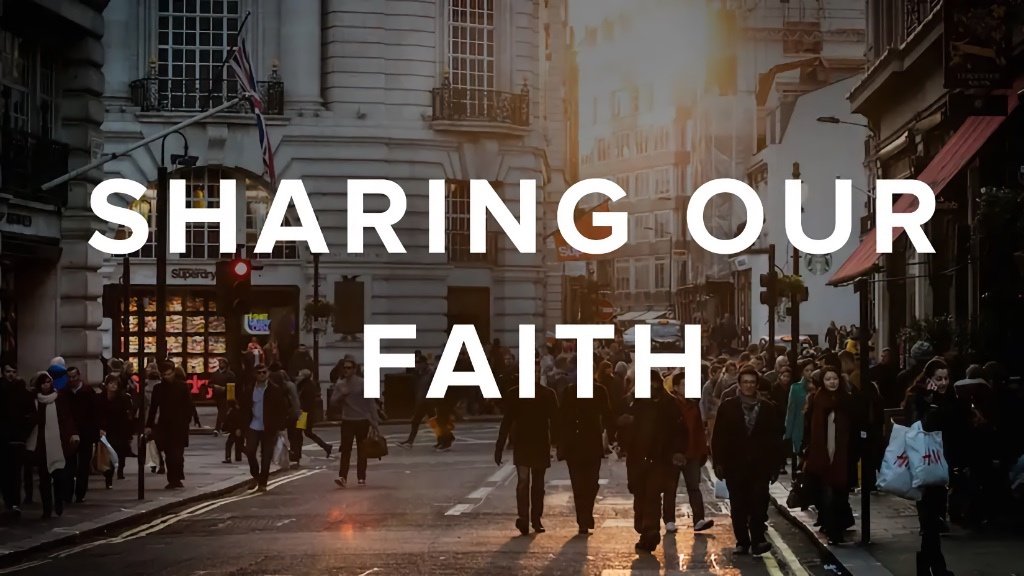 Good morning! Is it possible that you have a friend, or possibly an acquaintance, who knows little or nothing about the Gospel message? We might find it hard to believe that there are people in the world today who have never heard the good news that Jesus Christ is the savior of the world. But it’s true! There are, indeed, many people today who have not heard this good news, people who have been raised in a non-Christian household. Our job as baptized Christians is to share Christ with others. How do we do this? How do we share our faith who have never been catechized?

A few years ago Christine and I encountered someone who had absolutely no exposure to Christianity. At the time we owned a business and we purchased our products from a factory in China. Our representative was a Chinese woman named Ketty who had been given an opportunity to come to the States to study. She was studying in Boston and we were looking for an opportunity for her to visit our home so we could get to know her better. She decided that she was going to come visit us for Thanksgiving.

One morning that weekend we were enjoying breakfast together and we shared with Ketty that I was studying to become a deacon. She had no idea what a deacon was, and neither did she know anything at all about Christianity. I realized that I needed to share with her the fundamentals of our faith. I proceeded to explain to her the “kerygma” of our faith, the essence of the Christian message. What we believe and why we believe it. At that moment the Holy Spirit led me to share our faith with this woman who’s upbringing had never afforded her an opportunity to hear the Gospel message.

Dear friends in Christ, this is the essence of our faith, the kerygma. This is what we profess every Sunday at Mass when we recite the Creed together. This is what we believe as Catholic Christians and it is what we are commanded to share with others who have yet to hear the Good News, and with those who refuse to order their lives according to it. It is the Good News that we must each believe and share as baptized Christians if we are to receive God’s merciful gift of eternal life in heaven.

So I ask you today, do you really believe the Good News of the forgiveness of your sins, made possible by the death and resurrection of Jesus Christ? Is your belief simply an intellectual belief or has it caused you to repent and make changes in your life?

Has your belief compelled you to share your faith with others, or do you keep it to yourself because you are embarrassed to speak to others about your Catholic faith?

Do you believe in the Good News? Do you sincerely try to keep Christ’s commandments or do you modify them in some way to fit your own purposes, to fit your own “truth” rather than God’s objective and absolute truth? Do you accept and follow all of the teachings of his Catholic Church?

How you answer this has real and eternal consequences. I pray that we will all choose Heaven and the path that leads us there. I pray that we will never be embarrassed to share our faith, to admit our failures, and to seek God’s certain mercy and forgiveness by completely turning our lives over to him and ordering them according to his objective truth.

As we are exhorted by St. Peter in his first letter, may we always be ready to give an explanation to anyone who asks us for a reason for our hope, doing it with gentleness and reverence, keeping our conscience clear.

As Christians we must always be prepared to share the kerygma, the Good News, the essence of our faith. Keep a copy of the Creed handy and use it as your guide. You just never know when God will place someone in your path who needs to hear the wonderful story of salvation. Our Lord is counting on you to give witness to him at these times, both through your words and your example. Don’t disappoint him by letting such an opportunity pass you by.