What or Whom Do We Worship? 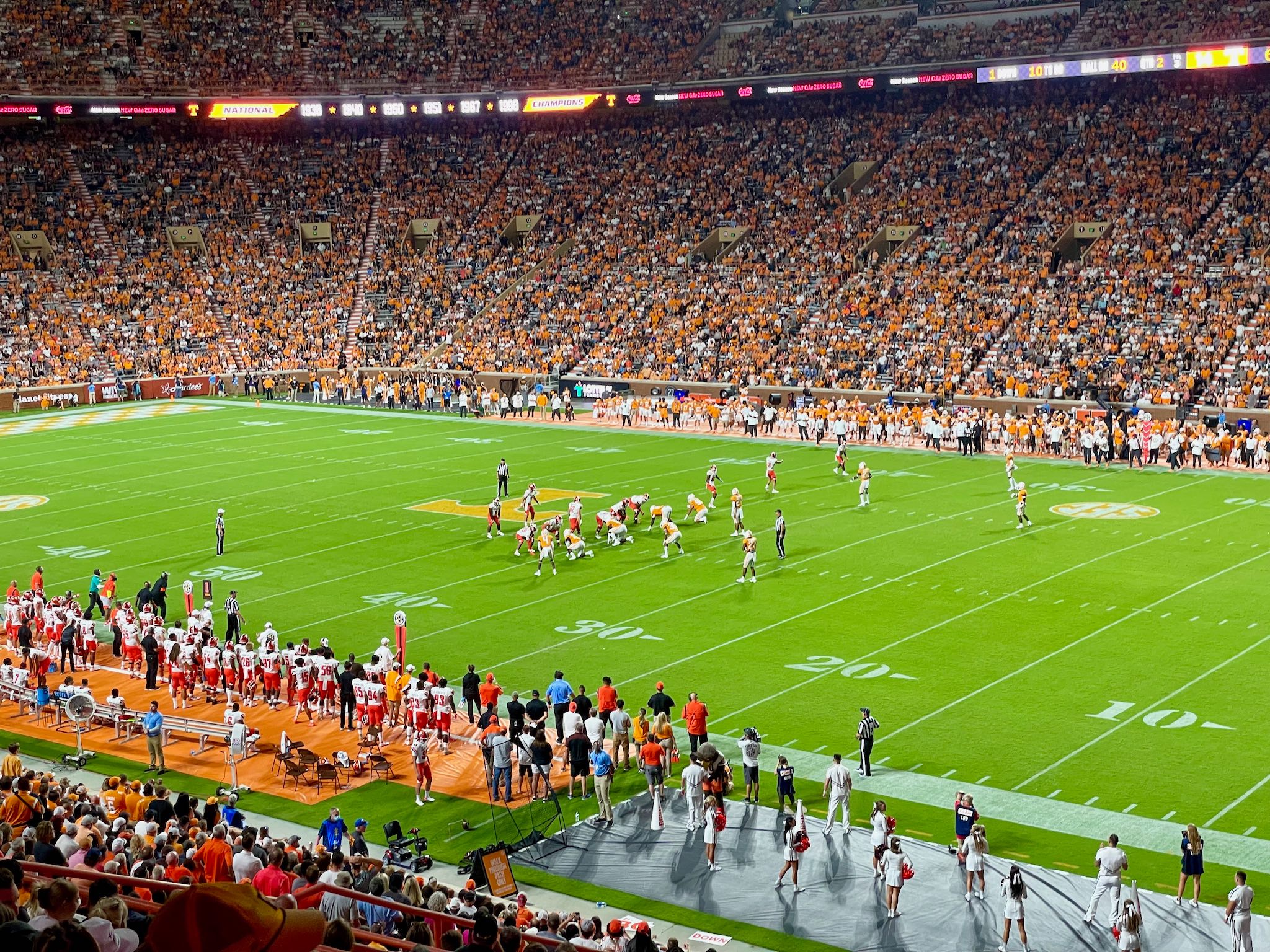 September is football season in East Tennessee. Our beloved Vols take the field to the delight of their devoted fans. The enthusiasm of the fans is especially pronounced as hope springs eternal for a winning season.

Yesterday Christine and I experienced the opening game, our first Vols game ever, complete with a pre-game tailgate party at Circle Park right next to Neyland Stadium. Our tickets were complements of Christine’s client, for whom she had decorated his pre-game tent with balloons. Being there is every Vols fan’s dream and we were living that dream. 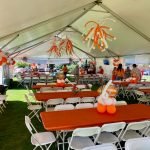 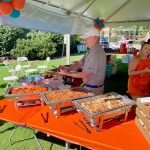 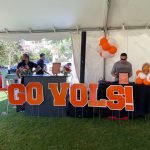 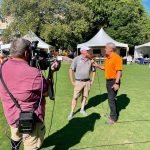 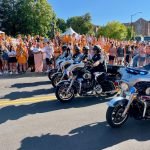 The thing that really struck me was the over-the-top enthusiasm, one might call it worship, for the team and the experience itself. Everyone was dressed in orange and lined the road before the game to welcome the team as they exited their bus and paraded into the stadium to the delight of the fans. Some team members acknowledged their fans, while others wore their game face and marched silently forward toward the stadium.

Imagine if we cheered with the same enthusiasm during the Liturgy of the Word and when our Eucharistic Lord was made present on the altar! People would think we were out of our minds. As it is, those who have charismatic tendencies and raise their hands during Mass are typically considered a bit eccentric, if not disrespectful. Yet, we have in our presence at Mass the very Lord of the Universe, the King of kings, the creator of all that exists!

Today’s first reading from Colossians reminds us just who Jesus is. Certainly we should be much more excited about being in His presence than we are to be in the presence of some talented athletes.

Brothers and sisters:
Christ Jesus is the image of the invisible God,
the firstborn of all creation.
For in him were created all things in heaven and on earth,
the visible and the invisible,
whether thrones or dominions or principalities or powers;
all things were created through him and for him.
He is before all things,
and in him all things hold together.
He is the head of the Body, the Church.
He is the beginning, the firstborn from the dead,
that in all things he himself might be preeminent.
For in him all the fullness was pleased to dwell,
and through him to reconcile all things for him,
making peace by the Blood of his cross
through him, whether those on earth or those in heaven.
– Colossians 1:15-20

Once inside the stadium, after enjoying way too much food at our gracious host’s tent, the fan experience further intensified. As we made our way through the crowd to find our seat, it was almost sensory overload with all of the smells coming from the concession areas, the long lines for $15 beers, women dressed immodestly in their orange and white, and the general hubbub created by so many excited fans all gathered in one place to get their goodies and make their way to their seats for kickoff. The faithful were pumped up and excited to be part of this “worship” experience of the first Vols game of the season. 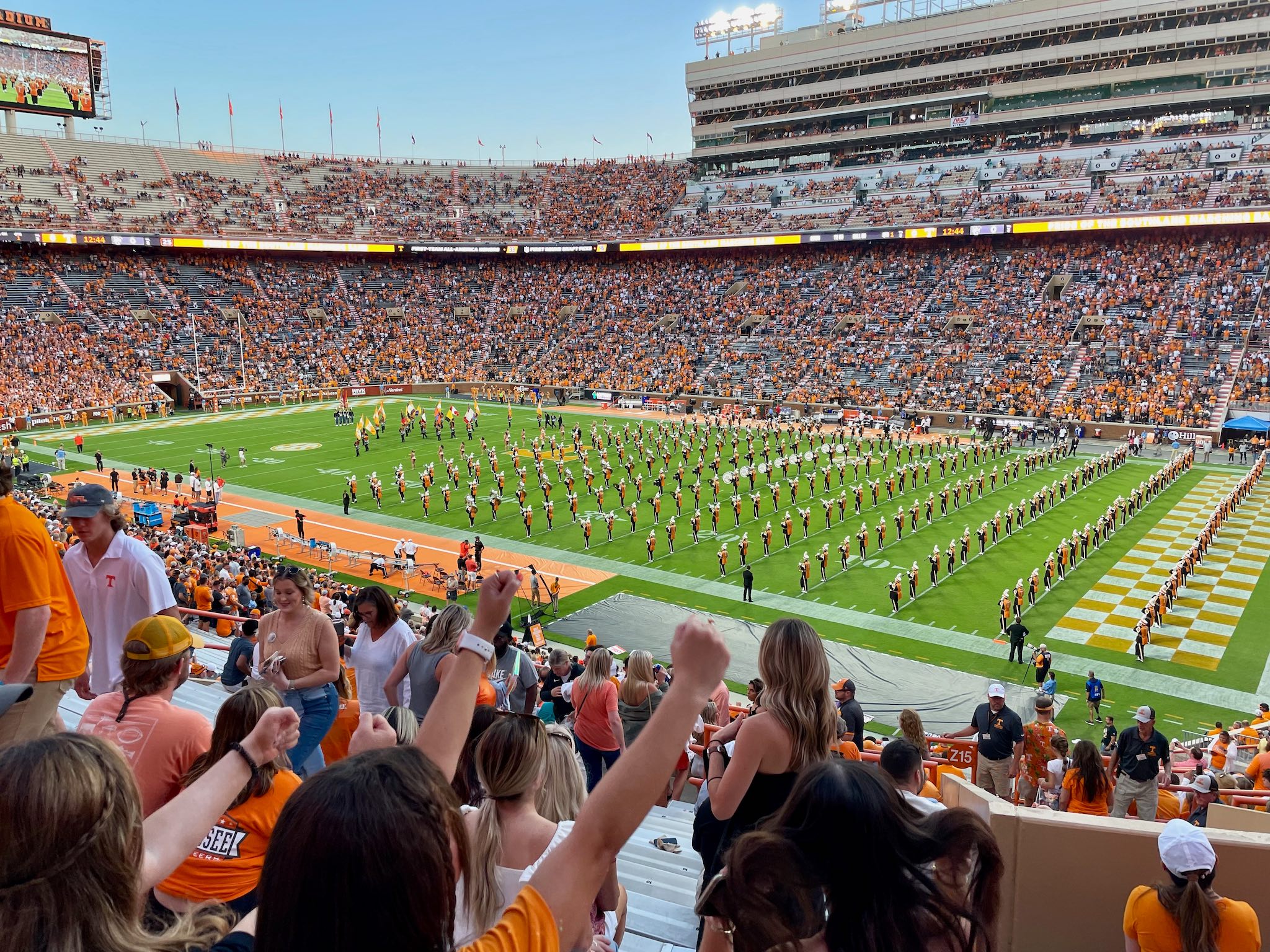 When we arrived at our seats, two couples were standing in front of us. The two young women were alumni cheerleaders who were obviously reliving their days as members of the UT dance team. They were jumping up and down, cheering the band with a well-synchronized routine. They were so excited to be there for the pre-game festivities and to cheer their team when they made their glorious entrance onto the field. Again, I couldn’t help but think how I wished that we Catholics would get excited like this when we encounter Jesus at Mass.

Sadly, not only do so many Catholics fail to be excited about their faith and the real presence of the Creator of the Universe at every Mass, but so many Vols fans seem to have little religious faith or respect for what is truly sacred. I say this only because of my observations of how so many dress and the nature of the conversations I overheard while at the stadium. If only these football devotees would have the same enthusiasm for knowing and serving Our Lord as they do for honoring and cheering for their beloved Vols! What a different world we would live in. 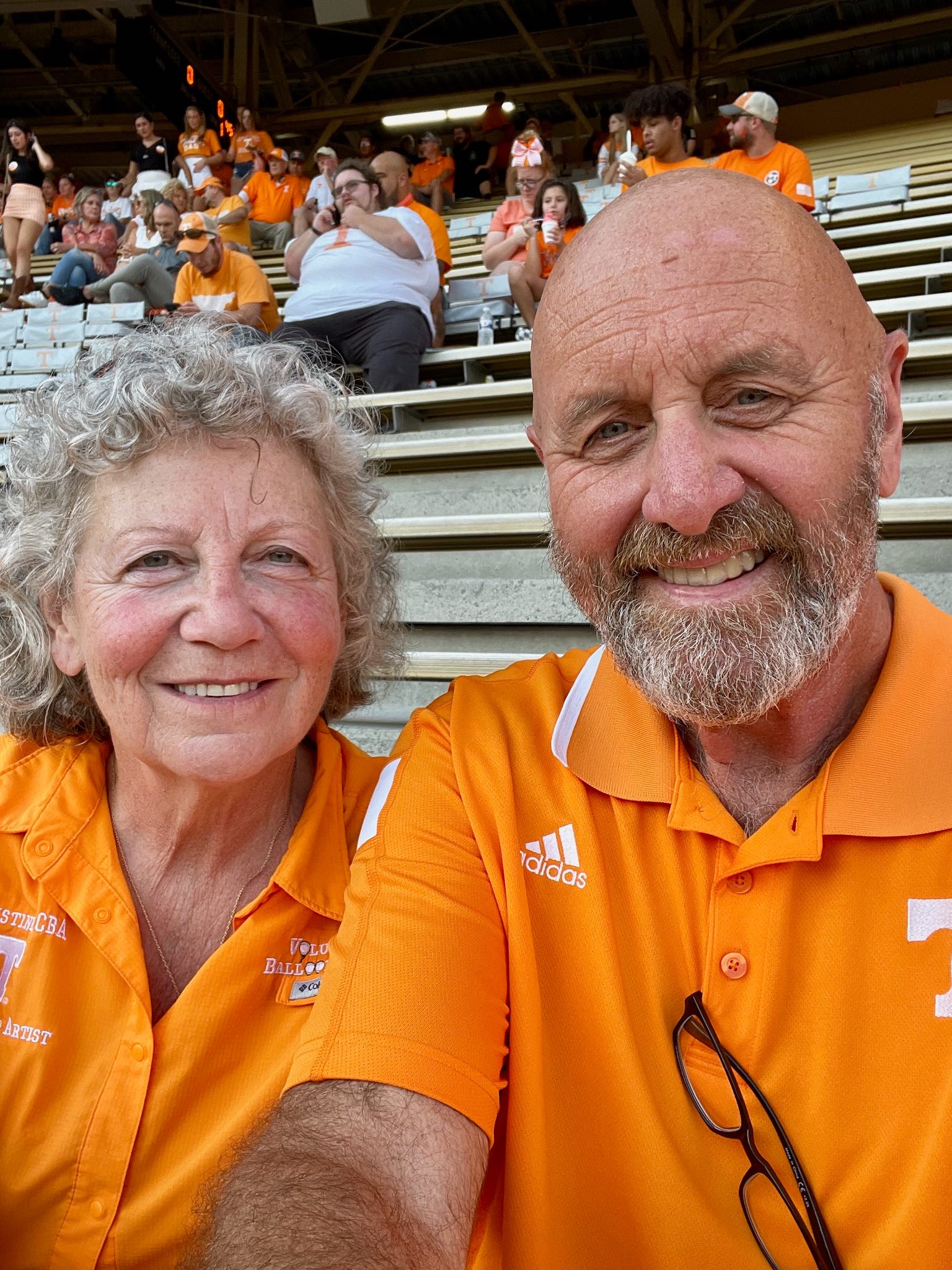 Don’t get me wrong, Christine and I very much enjoyed our Vols football experience. We are grateful to our host for his hospitality and we certainly were enthusiastic participants in the festivities. But, unlike the majority of the fans at the game, we do not feel compelled to stand up as devoted members of the “Vol Nation.” We will quite likely not have another opportunity to “worship” at the altar of Neyland Stadium, as this was our first game since moving to Tennessee in 2001. Truth be told, we are not really interested in worshipping at that altar, but we will use the experience to reflect on how blessed we are to be able to worship at the true altar, the altar of Jesus Christ as members of his body, nourished by his eternal Word and his flesh and blood. This, my friends, is where our true loyalties lie.

How about you? Is Vols football or some other hobby or passion more important to you than going to Mass or spending time daily with Jesus in prayer? Do you get more excited about secular events than you do about religious events? Could it be said that your object of worship is something other than Almighty God? If so, perhaps it’s time to reconsider your priorities.